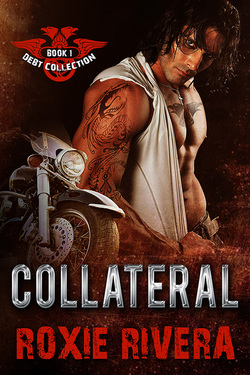 
Named for her late father's most prized possession, Aston McNeil shares a deep connection with the classic car she inherited upon his recent death. When she learns her reckless stepbrother lost the car as collateral to Houston's most feared loan shark, she fights the urge to throttle him and vows to do whatever it takes to get the car back.

Mechanic and mob enforcer Ben Beciraj can't believe his eyes when Houston socialite Aston McNeil storms into his chop shop and demands the return of the car he's just repossessed. He counters with a deal he never expects the fiery blonde heiress to accept—one week at his beck and call for the keys to her late father's favorite toy.

But Ben's plans to have a little fun with a girl way out of his league are shot to hell after one taste of sweet, beguiling Aston. When her stepbrother's shady dealings are revealed, Ben will do anything to protect her from the seedy underworld he inhabits—even if it means crossing the only family he's ever known.