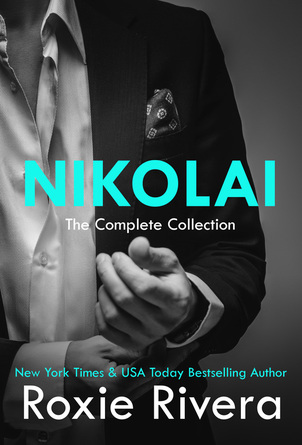 After a brush with death as a juvenile delinquent, Vivian swore she’d never stray across that line again—but there’s just one problem with her plan to stay on the right side of the law. She’s completely, irrevocably and unabashedly in love with Nikolai, the Russian mob boss who saved her life.

From the moment Vivian appeared in his life on that tragic April night, Nikolai felt himself inextricably bonded to her. She’s the bright light in his dark world and the only thing that keeps him from sliding deeper into a life of crime and violence—a mobbed-up life he can’t escape no matter how hard he tries.

But Nikolai’s only chance to protect Vivian is to do the one thing he vowed never to do—he’ll drag her deeper into his shadowy world and bind her to him forever.

Claimed and cherished by Houston's most ruthless mob boss, artist Vivian Kalasnikov embraces her new position as Nikolai's wife and the lonely, dangerous role as queen of Houston's underworld. But Nikolai is keeping secrets from her, and the whispers of a coming street war leave her terrified for the man she so passionately loves—and the tiny life growing inside her.

Nikolai finally has everything he's ever wanted—power, wealth and a family with Vivian, the beautiful sun who lights up his dark life. But as his young wife prepares for her debut on the international art stage, he finds himself drawn into a bloody conflict that threatens the quiet life he's painstakingly built. He can feel the promise of his future happiness slipping through his fingers like grains of sand.

The brutal gangster who violently conquered the streets of Moscow and Houston is about to be unleashed—and Houston's underworld will never be the same again.

Nikolai and Vivian celebrate the birth of their son.